The 16 anglers who took part in this year’s Upper Avon Angling Association members competition at Glengavel Reservoir enjoyed a great day out. Weather conditions were ideal with light winds and reasonable cloud cover. The water had also been raised back to its normal level following some recent maintenance work. Plenty of fish were caught, ranging from those in the ‘three to the pound’ range right up to some excellent 2-3lb specimens. A total of 11 fish were weighed-in. Reservoir regular Alan Sheils experimented with his choice of flies and was rewarded with the prize for the heaviest bag with 3 fish at a total weight of 6 lb. The second prize was won by Wullie ‘the trout whisperer’ Weir with two fish at a combined weight of 4lb 7 ounce. Allan Powis ran a close third with 2 fish at 4lb 2 ounce. River member Davy Thomson was one of the few to miss out on a fish – despite using both of the flies in his tin!

Many thanks to RJ McLeod Civil Engineering for sponsoring the competition, and to Mr Ed McCluskie who donated a fine bottle of malt whisky to the prize fund. 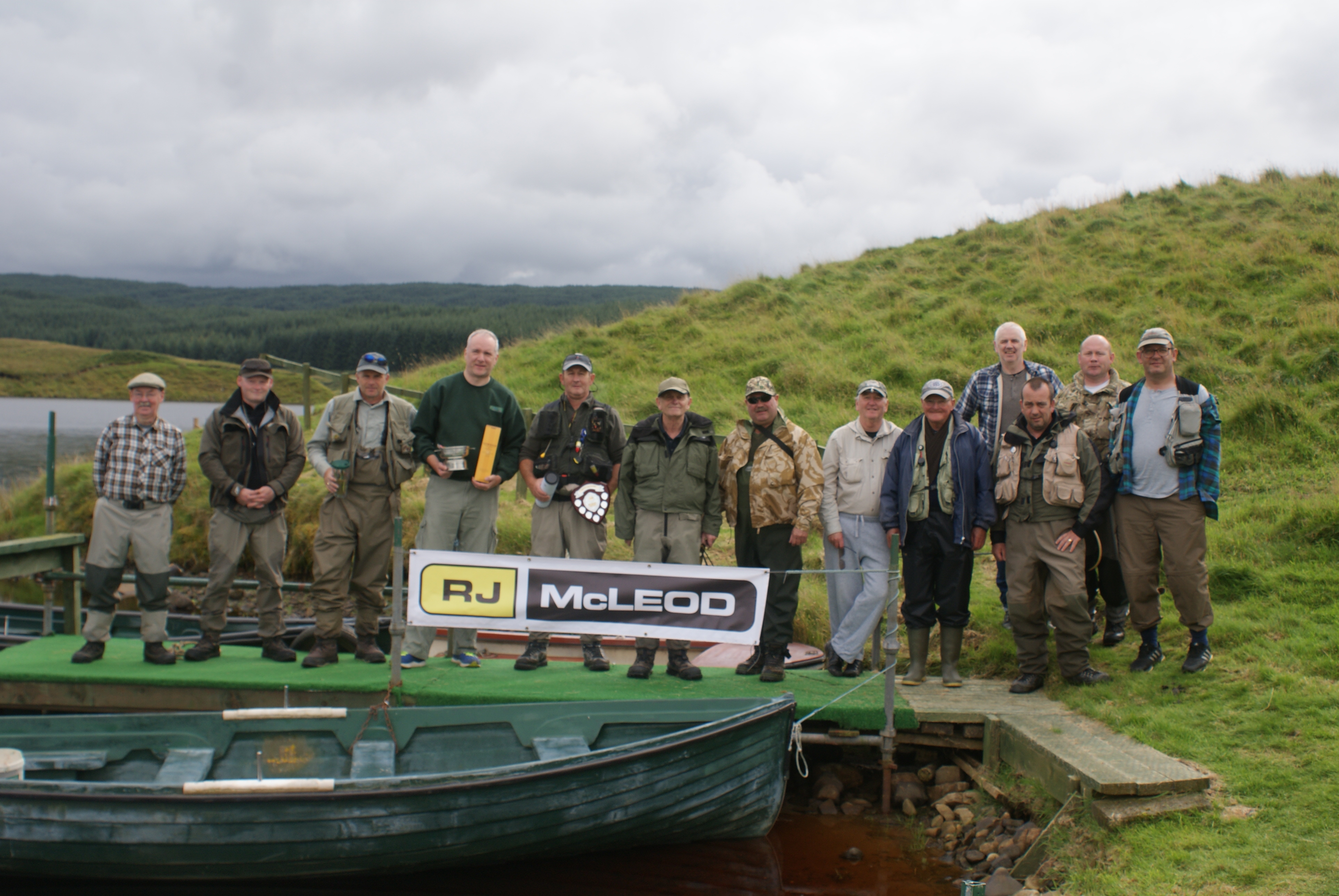 Members Competition 2017 Competitors (A Few Got Away). 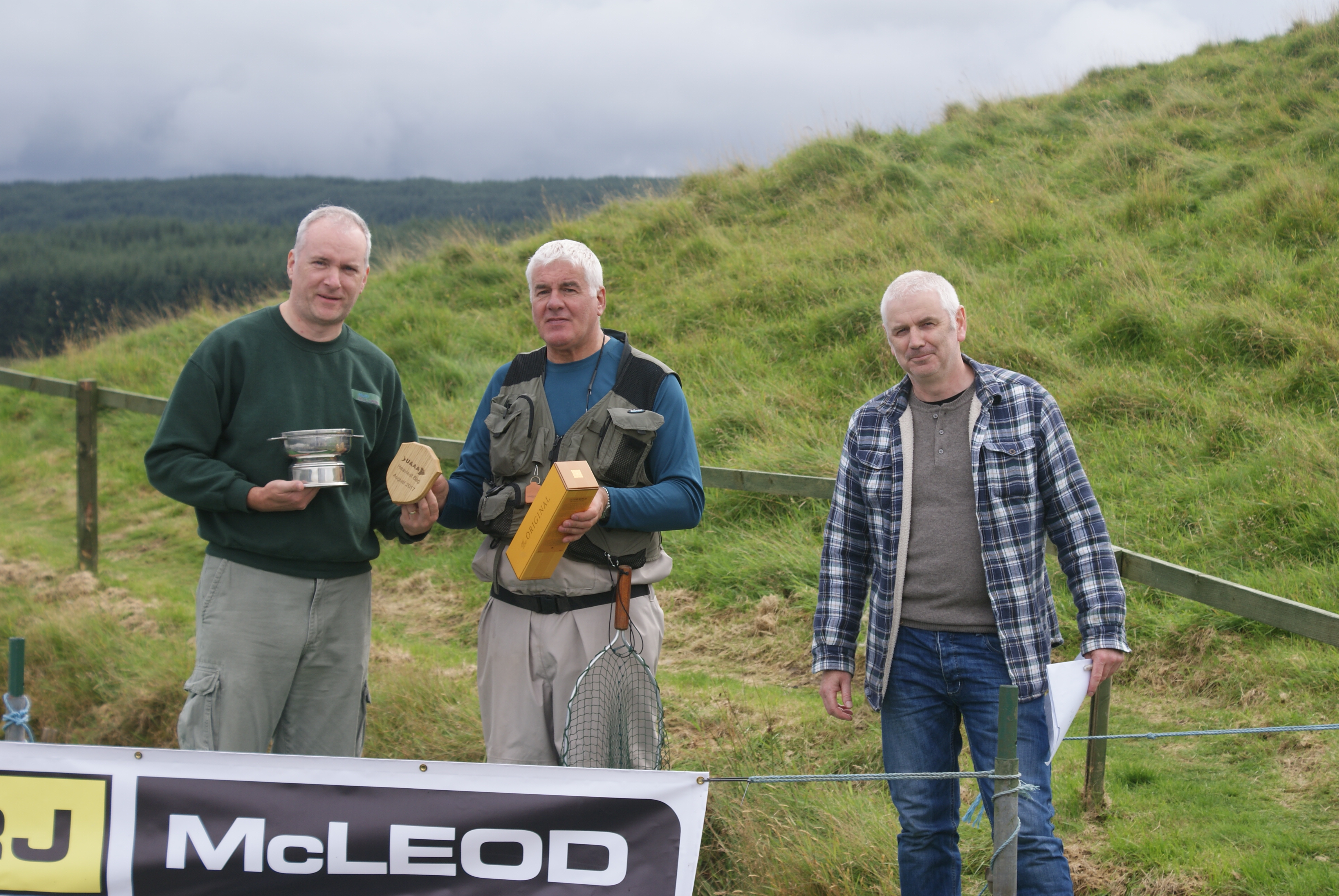 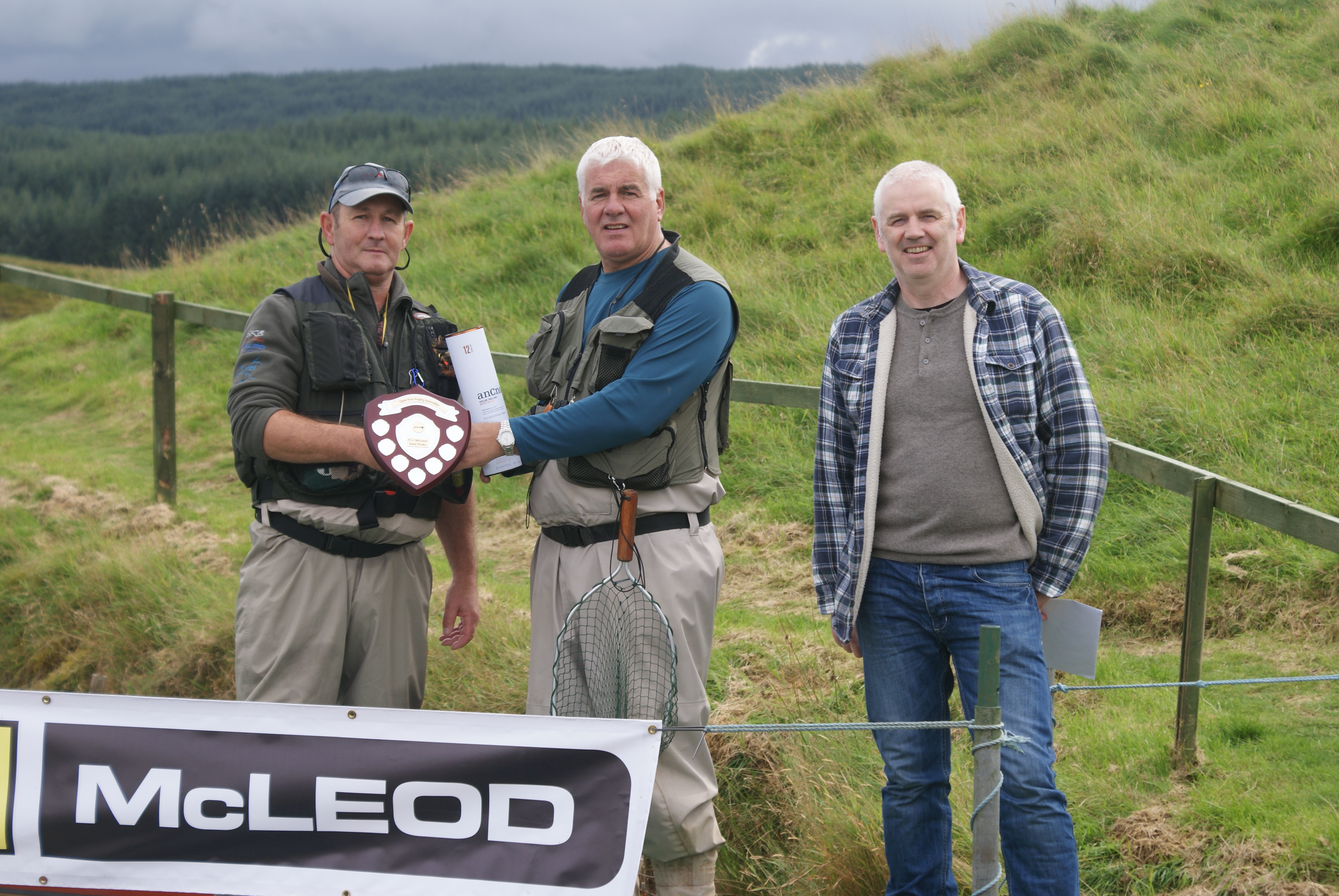 Runner Up Wullie Weir (Honorary Life Member & past Chairman) being presented with his Prizes.