Catch & Release is widely practised on the Upper Avon & Glengavel Reservoir and when carried out properly can result in almost no fish loss. Studies have shown that survival rates can be as great as 100% under certain conditions. Upper Avon Angling Association encourages anglers to practice C&R and help protect fish population going forward.

Barbless Hooks: Barbless or de-barbed hooks cause much less damage to fish and make unhooking far easier. Barbed hooks are designed to stop fish escaping once hooked and when releasing a fish a barbed hook will cause tearing and unwanted damage to the fish. If you are fishing C&R it’s essential to use barbless hooks.

Knotless Fine Mesh Landing Net: To ensure your catch isn’t damaged you must use a knotless landing net with a fine mesh & shallow, wide bottom. Knotted nets are illegal on all inland waters in the UK so if you are still using an old net which is knotted it’s time to upgrade to knotless. When fishing C&R the aim is to do as little damage to the fish as possible and a good net allows you to unhook the fish, recover and swim away without over handling it.

Playing a Fish: When fishing catch & release you should always play the fish as quickly as possible not to over exhaust the fish prior to release. Use a slightly heavier leader that’ll allow you to get the fish into the net quickly. This is important as the fish will recover faster after a shorter fight and will stand a much better chance of surviving.

Don’t Beach Fish: If you do not have a landing net with you don’t beach your fish on the river bank or pebbles/stones, hold the fish either in or just above the water to unhook it, sometimes holding the fish upside down will relax it making it easier to control for unhooking. Never lift a fish out of the water by the tail or gill cover.

Photography: Don’t hold fish high above the water or riverbank to snap a pic, keep the fish in the water and bring it just above the surface to get your photo. If you hold a fish high above the water to take a photograph the fish may jump from your hand and falling from hight could cause the fish damage. By holding the fish under the belly just above the water you can get a nice picture without causing harm to the fish.
Releasing Fish: Hold the fish facing upstream in steady (not fast) running water, allow the fish time to recover and swim away of it’s own steam. If using a landing net hold the landing net in the water while the fish recovers then lower the front of the net allowing the fish to swim off. Don’t rock fish back and forth in the water just hold them steady until they choose to swim away. Never throw fish back into the water.

When catch & release is practised well you can feel sure that your prized catch will survive to fight another day and will surely be a little wiser in the future. 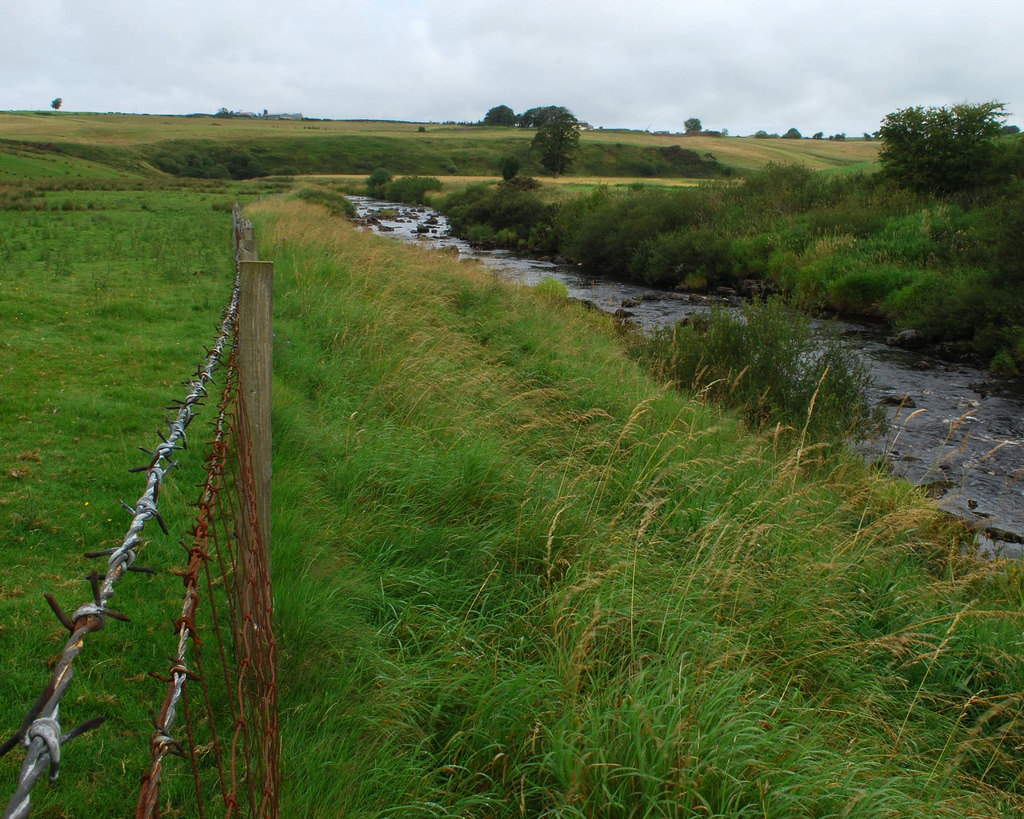 The Avon nr Laigh Bent Farm by James B Brown