Some of our members might be aware of new wind farm developments that are underway at the head of the Calder Water.  The Calder Water is a main tributary to the Avon and joins the river just below Caldermill.  The Calder Water is important as its one of the main spawning territories for the Avon brown trout population.  It also accounts for a large volume of water that flows into the river from a wider catchment area on the North side of the Avon valley.  It holds a good head of fish, mainly small parr but at times larger fish can also be found in the river as they move upstream towards the back end of the season, or when the river is in spate.

The new developments consist of wind turbines on two sites, with 24 wind turbines in total.  One site is known as West Browncastle Wind Farm and is run by Falck Renewables and the other is known as Calder Water Wind Farm and is run by Community Wind Power.  To protect the watercourse both companies have been instructed by SEPA to put in place a Groundwater and Surface Water Monitoring Plan to protect the river.  The UAAA was invited by the Ecological Clerk of Works (ECoW) Richard McMullan to see firsthand some of the measures that have already been put in place by Falck Renewables to protect the river.  Richard is the Principal Scientist for a local firm of environmental scientists called Eco-Fish Consultants.  He is a lifelong fisherman with a particular interest in the biology and ecology of salmonids, and is clearly keen to protect the fish stocks within the Calder Water and the wider Avon catchment.  He talked us through some of the preventative measures such as; the extensive water monitoring program in place on-site, management of crossing points, the silt management (fencing and lagoons) located in areas where site run-off can flow into the river.  He also gave us an insight into the diversity of wildlife on the site such as otters, birds,and other small mammals.

A big thanks to Richard for taking the time to show us around.  It was very reassuring to see the measures that are in place to protect the environment at this site, and know that the ECoW is passionate about freshwater fisheries and protecting the river.  The UAAA are keen to ensure that the river is protected throughout construction of both developments in the catchment, and will be in regular contact with the project teams to ensure our fisheries interests are maintained.

As yet we have not managed to make contact with the Community Wind Power ECoW, but would hope that similar principles are being applied 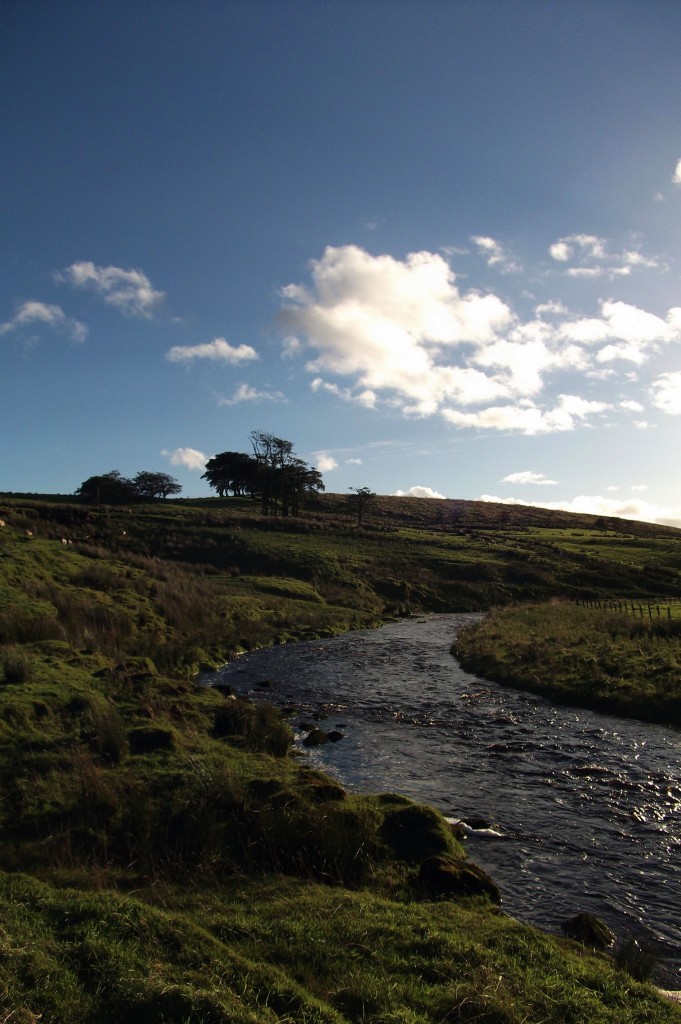 Pic2. Salmo trutta, or a fine Calder Water broonie to you and me! 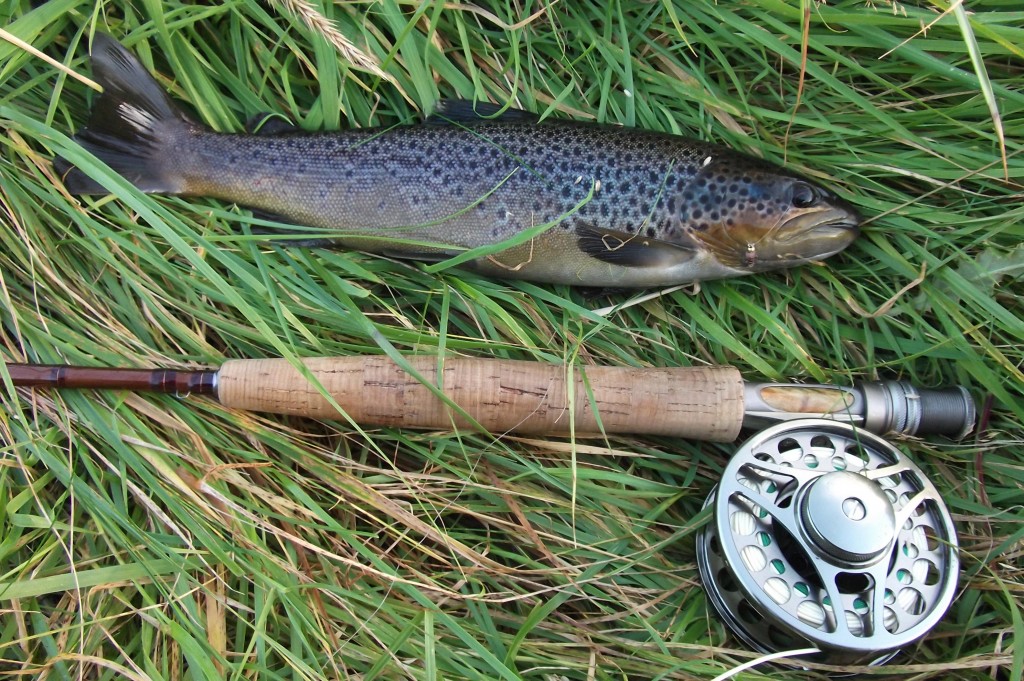 Salmo Trutta (Brownie to you and me).

Pic3. Roddy talks to Richard McMullan of Eco-Fish Consultants about the groundworks at the West Browncastle Wind Farm site (note: the small sediment lagoon + silt fencing that has been engineered at the base of the temporary site compound). 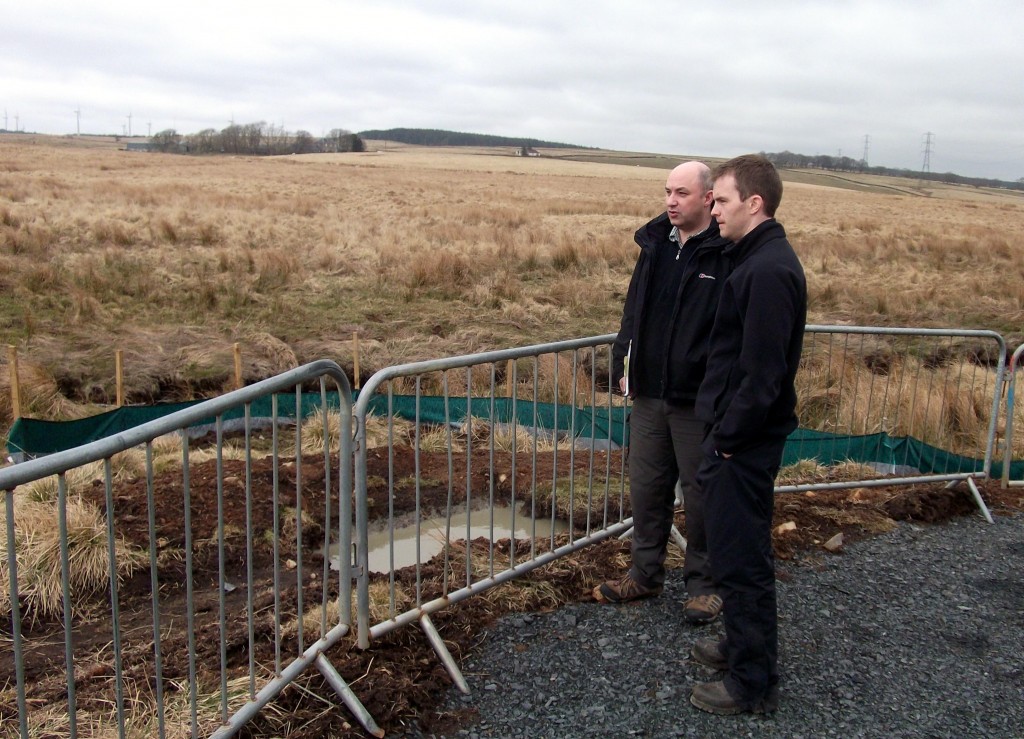 Pic3. Roddy talks to Richard McMullan of Eco-Fish Consultants about the groundworks at the West Browncastle Wind Farm site (note: the small sediment lagoon + silt fencing that has been engineered at the base of the temporary site compound)