I had a few hours spare tonight so for a wee change I headed upstream to one of the the Upper Avon tributaries. The river is small here (more of a burn) but based on a previous trip I was hoping for at least a few small fish. When I arrived the sun was shining but the water was high and very dark so I was not sure what to expect. I tied on a couple of nymphs and made my way up the bank.

Almost right away lots of small tugs. Eventually after about 20 minutes, a small but perfectly formed specimen was plucked from its natural habitat. 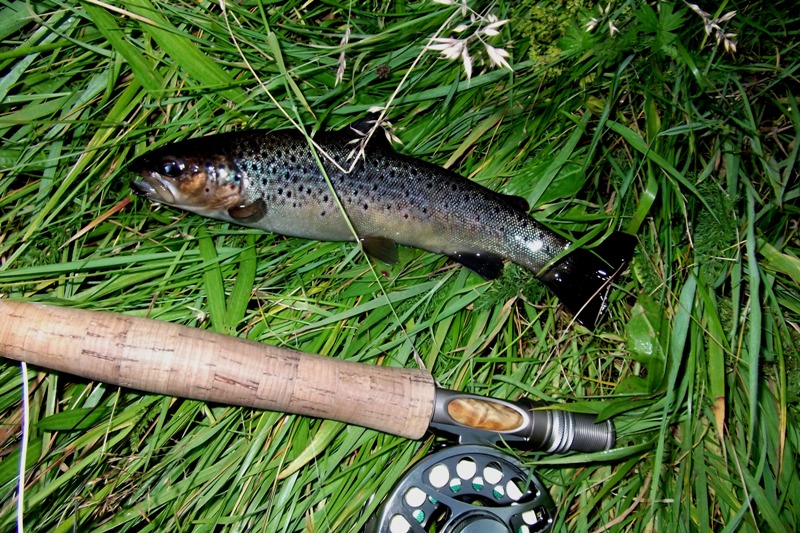 Fishing on and a few more wee pulls later I missed what looked like a reasonable fish that rose to the line. Bugger. I moved down to a more promising run and right at the bottom of the stretch a strong take – fish on! The fish ran for a bit but wouldn’t come to the surface right away, I could tell it was a reasonable size but I was really surprised when I eventually landed this beauty which was close on a pound in weight. This had to be the best fish in the burn!! 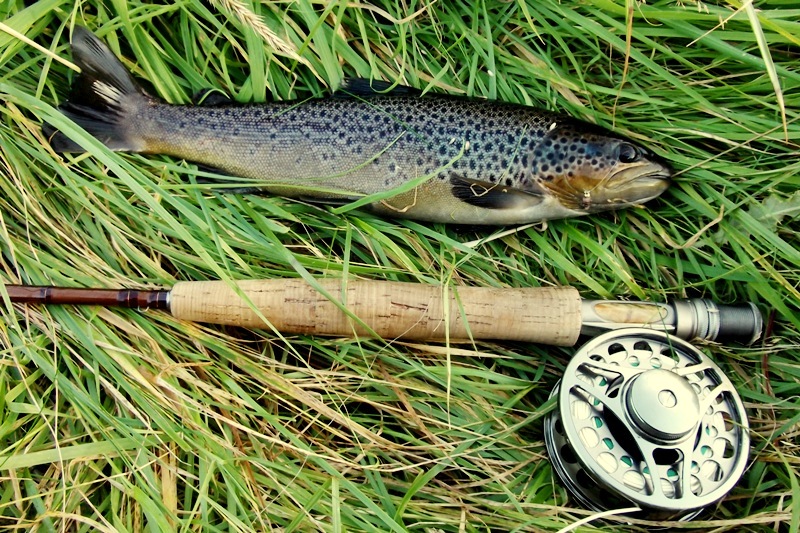 Quite pleased with my efforts I moved down fifty yards to the next section. This looked promising and I did get a few light tugs but I was about give up and move further down again when I got a really solid pull. This fish lept clean out of the water and I could see it was a nice fish but I was amazed when I got it on the bank and it turned out to be even bigger than the previous one! An agressive looking brut of a fish with a powerful tail. 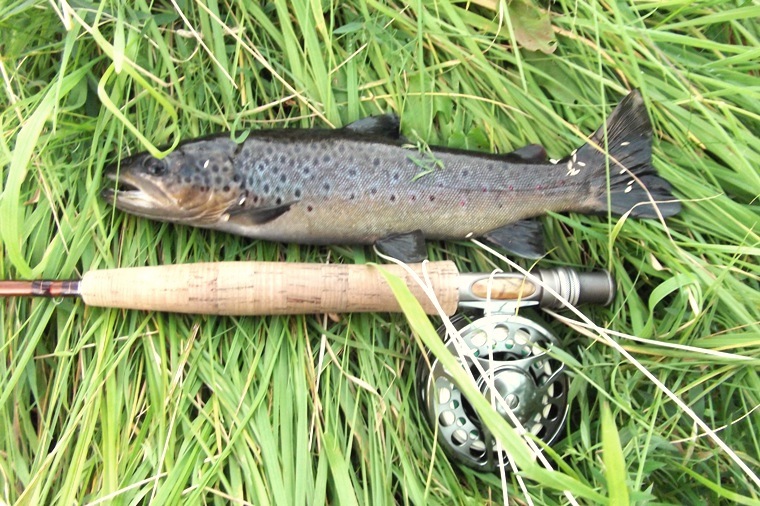 Another Cracker by Davy

All the fish were caught on the dropper which was a dawl bach with a blue bottle flash, apart from the biggest fish which took the goldhead on the point.

All-in-all a very enjoyable few hours after a dull day at work chained to a computer.
PS All fish returned to fight another day