An afternoon at the Reservoir

One to remember for a junior member Arrived at Glengavel today and chatted to one of our junior members (Barry Fee) and his dad. Barry recently started fly fishing but after 6 outings he hadn’t landed a fish from Glengavel and he was getting a bit fed up. Luckily I hooked what seemed a decent fish, so; shouted on Barry, got the slack line on to the reel and handed the rod over and I took the net. Barry played the fish brilliantly, it was obviously a quality fish, possibly over the 3lb mark, Barry kept the rod up, let the fish take line when it wanted it and the big cracker was soon on the surface and ready for the net and thankfully I didn’t make a mess of netting the fish. After a couple of photos and big smiles, the fish was held in the water for less than 30 seconds when the big tail flapped and the fish scooted off to fight another day. (Alby will add the photos)

It was great to see another junior, Sean Figgins getting to grips with his casting and after an hour or so he was casting a nice fly more often than not and I wouldn’t be surprised if he tempted a fish from the murky water, with his silver Invicta. By my reckoning we could have a junior team entry for next years 3 man team competition and who knows they could be a team to be reckoned with, might even win the overall competition.

I enjoyed my couple of hours fishing, sadly no fish for me but had a ‘good craic’ with our water baliffs Alec and Billy together with Alby and Sean; who were sitting out front of the boat house, lapping up the sun, enjoying a cuppa and sharing some fishy stories. A nice day all round. 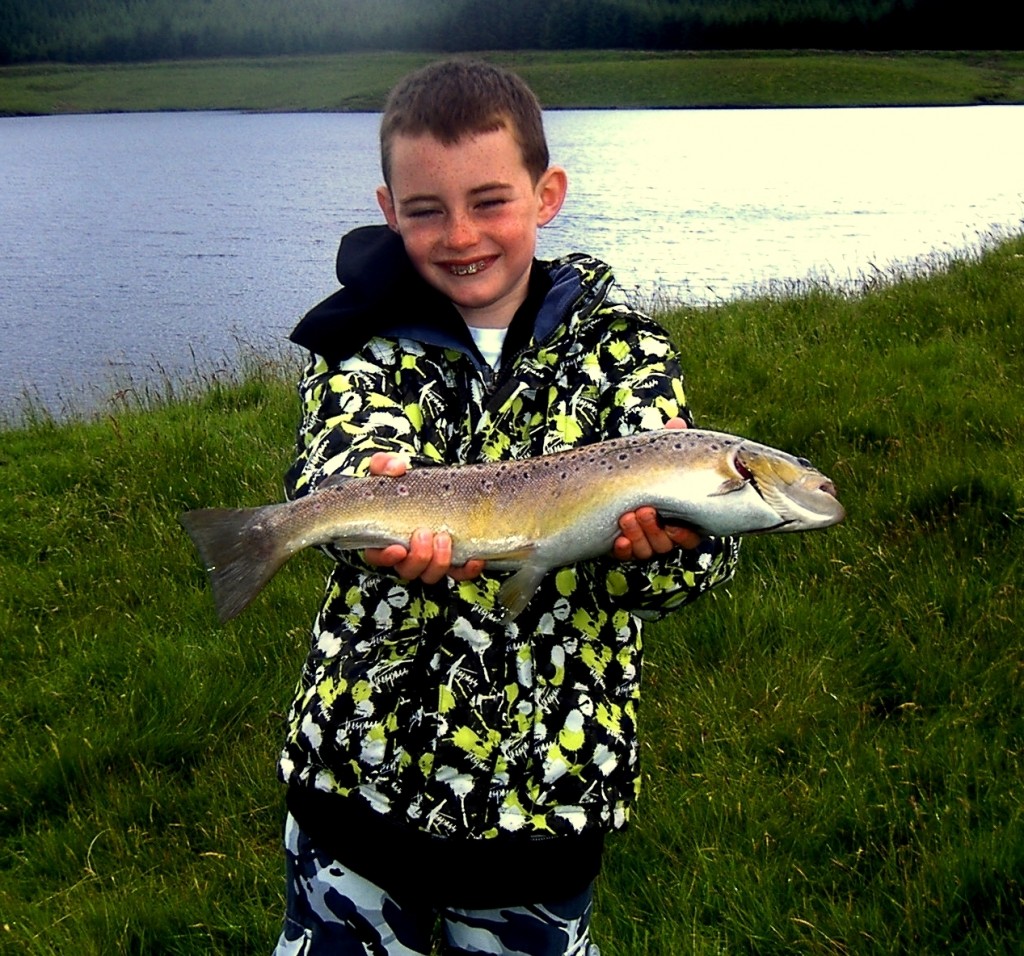 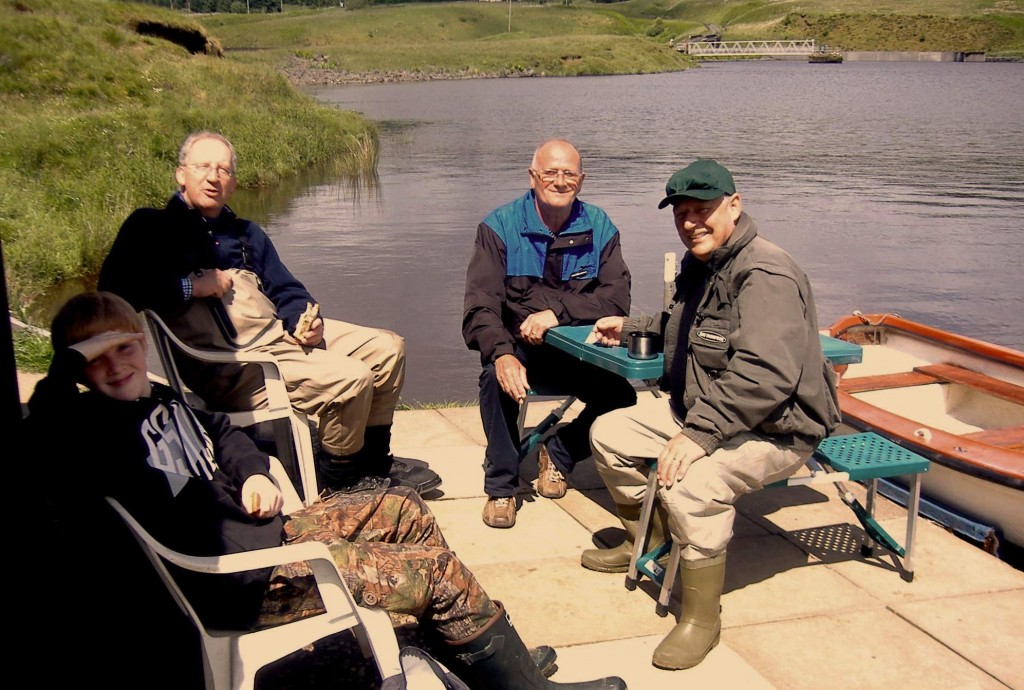 The boys enjoying a social lunch at the Veranda Cafe'